A new senator, searching for definition. 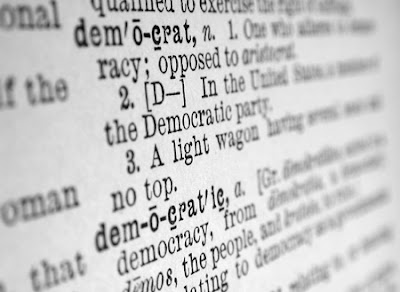 In the next few months something important is going to be decided in Massachusetts. We are to choose a new United States Senator. It's a decision that is going to have meaningful implications —for the country, for the people of this state, and for our own community. We've already seen a field of candidates step forward, and in the short time between now and the December 8th Primary Elections and the January 19th General Election these candidates will be working to find every opportunity to describe their stands on the issues, their different ideas about government, and each their approach to the current problems and future decisions that will ultimately impact on our lives.

Whether "into politics" or not, as citizens it's our job to hear the candidates out and make informed voting booth decisions in the months ahead. But there's another half to that democratic equation. What the candidates have to say matters greatly, but so does their ability to hear us. Their speeches and public statements are supposed to inform our decision, but what we have to say should inform them just as well.

That's why the Holliston Democratic Town Committee is asking this question:

What matters most to you as you consider your choice for a new U.S. Senator?

We are posting this question here on this blog and we want to hear from the people of our community in response. As a committee we are still working on ways we might communicate the responses we get to the senate candidates, ultimately to whoever becomes our next U.S. Senator. Whether it's the policy particulars of healthcare reform or the broader values message of American foreign policy, we thinks it is worthwhile to get people voicing their concerns and convictions from right here at home.

We want to hear from you.

With this as a forum we intend to educate whoever it is who comes to represent the Holliston community in the U.S. Senate —about just what that job entails. We might learn a few things from each other in the process.

So here's what we ask. Share your thoughts on the subject of "What matters most to you as you consider your choice for a new U.S. Senator?" Post it as a comment to this blog. We're not looking for candidate endorsements or campaign talking points so much as your own perspective on the issues we face and how we should face them, what being a Senator who truly represents you in Congress really entails. Keep the comments concise, constructive and respectful (we do reserve the right to take down comments that aren't) We want this to be a useful forum, spread the word, offer your comments here and forward the link to this post to friends you think would (or should) be interested as well.

With this Senate race in mind and this forum as an idea, we hope to arrive on a clear message about our community. How we get there depends on you.