Spilka, of Ashland, has served in the Massachusetts Legislature for 12 years, first elected to the House of Representatives in 2001. In January 2005 she was sworn in to her current position, serving the 2nd Middlesex and Norfolk District towns of Ashland, Framingham, Franklin, Holliston, Hopkinton, Medway and Natick as State Senator. She was promoted to the leadership position of Majority Whip in January 2013 by Senate President Therese Murray.
DTC chair Beth Greely said, “We have found Karen to be a passionate and effective leader as our State Senator and we look forward to her energy in Washington.”She went on to say, “During her time in the legislature, Karen has been a tenacious fighter, getting results for the residents of the district and Metrowest. We believe Congress needs the tenacity and leadership skills that she can bring to the job. We also think it’s time for the Metrowest region to have a strong voice in the Massachusetts delegation. Karen will be that voice. “
District residents will vote in the 5th Congressional District Special Primary Election on Tuesday, October 15. September 25 is the last day to register to vote in the Primary. The chosen Democratic and Republican nominees will face off in the Special Congressional Election to replace former Congressman, now Senator, Ed Markey. That election will take place on December 10. 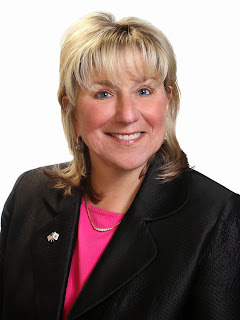